A confidential source close to San Francisco City Hall leaked that the California Supreme Court was gearing up to issue its opinion on Proposition 8 on Thursday, May 21, but decided to delay after getting a call from Gavin Newsom.

Remember Gavin Newsom? The goofy little tool who singlehandedly blew any chance the homosexuals might have had of getting Prop 8 defeated with his ill-advised "whether you like it or not" speech?

The source reported that "Newsom reached out to the Supreme Court and asked them to hold off releasing the decision so it wouldn't coincide with the anniversary of the White Night riots."

It turns out Thursday is the 30th anniversary of the San Francisco riots, which erupted when the Gay Community there learned Dan White had successfully copped a voluntary manslaughter plea in the Harvey Milk/George Moscone murder trial. If you don't know who Harvey Milk was, rent the movie.

The ensuing riots in San Francisco on May 21, 1979 caused massive damage from which the Bay Area has only lately begun to recover. Examples of the destruction abound. Here are two taken at random: a claim submitted to the city for fifteen dollars to repair a crack in a Chinatown bistro window caused by flying debris from a rioter's exploding piñata; an estimate of $300,000 to paint over the slogans scrawled on the sides of buildings on Castro Street (happily, the UN, having been deliberately misinformed that the grafitti was a free-form, stream-of-consciousness expression of solidarity with an obscure Cuban dictator, declared it a World Heritage Artifact, after which the city certified it as a tourist attraction).

Par for the course, Newsom's office shot off a press release denying he approached the justices.

Nevertheless, it's very possible the leak story is accurate. First of all, Newsom has access; his father is a retired state appellate court judge. Secondly, the smart money has the Court upholding Prop 8; releasing the opinion on the anniversary of the White Night Rights Riot (say that three times fast) would be a bit of a double whammy, n'est pas?


May 23rd update: the rumor is accurate. The Justices agreed to delay the issuance of the opinion until Tuesday, May 26.

correction Gavin Newsom's father was never a federal judge or any other federal appointee or employee.

William Newsom was appointed by Governor Jerry Brown(Edmond) as a California state court appellate judge in District One. He served in that capacity from 1978 until 1995, when he retired. He now works as a financial advisor to the Gordon Getty Family

Thanks, anon. I made the change. It makes the point even more forcefully. Again, thanks.

Thanks for letting me know!

While Gavin Newsom did say "whether you like it or not", he did not say it in relation to gay marriage. That phrase was co-opted by the opposing side who used it to great advantage. So it is erroneous to "fault" him for that, as you gleefully tried to do.

If you were on tape for hours a day, it would be easy to take something you said and apply it to something else. But it would be just as wrong to "blame" you for it.

Certainly you are smarter than that.

Prop 8 will most likely be upheld. But equality will ultimately win, whether in 2010 or more likely 2012. Bigotry and discrimination will not reign forever.

You are much too optimistic, Steve. Sorry to be the one to crush your absurdly pollyannaish passion, but bigotry and discrimination, like dissembling, deceit and betrayal, are perfectly normal human reactions to negative stimuli...

TAKE A DEEP BREATH, HOLD IT AND SQUEEZE by Dale Andersen

LITTLE JIMMY - a play about school violence by Dale Andersen

IMAGINE: a musical about david

IMAGINE - a Musical by daleandersen

THE NERD BOOK - a featured publication on Scribd.com by Dale Andersen

THE GEEK BOOK: quotes from the cyber world by Dale Andersen

Stanley Ishkhanyan's Next Big Thing - a screenplay by Dale Andersen

One Shot; a song by Dale Andersen & Will Lakow

Johnna Adams' Polygamy Video Starring Me! Me! Me! 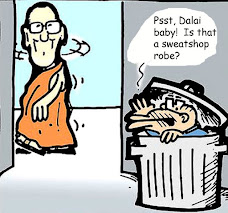 A Better Place - a play about 6 dogs

Thank You - a lesbian Valentines Day play - A FEATURED DOCUMENT ON SCRIBD.COM by Dale Andersen

DEAD ANGEL: two cheating lovers wake up after a night of stolen bliss. But one of them is dead... by Dale Andersen

A Team Player - an award-winning play